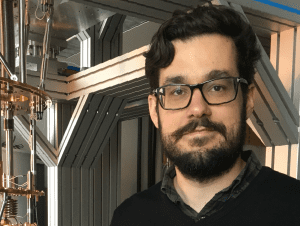 Nik came to Microsoft and the Manfra group after a postdoctoral fellowship with Joshua Folk at the University of British Columbia. Prior to that he completed his Ph.D. with Nina Markovic at Johns Hopkins University in 2015. Each of those jobs focused on quantum transport at low temperature in superconducting/semiconducting devices. In addition to spending time with his wife, daughter, and hound dog, Nik also occasionally finds time for bicycles and cooking.