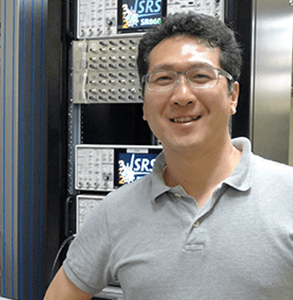 PhD, University at Buffalo, The State University of New York, Department of Physics

Tai-lung Wu received his PhD from University at Buffalo, The State University of New York. He studied the metal-insulator transition in the strongly correlated electron systems. Before joining the Manfra group in 2017, Tai-lung had a postdoctoral position at Purdue University, studying 2D material, such as topological insulators and graphene, and fractional quantum Hall states in 2DEG system. In January of 2022, Tai-Lung began his work as a vender in the Microsoft Quantum labs.